SolarEdge and Enphase, which together dominate the U.S. market for residential solar inverters, managed to achieve major growth in the first quarter of 2020 but warned of reduced demand in the months ahead due to the global pandemic. Enphase delayed the launch of its long-awaited residential battery systems.

SolarEdge reported record Q1 revenue of $431.2 million, compared to $418.2 million in the previous quarter and $271.9 million for the same quarter last year.

CEO Zvi Lando said on a Wednesday conference call that the impacts of COVID-19 are affecting country-by-country installations. In the U.S., where SolarEdge held roughly three-fifths of the residential inverter market through the first nine months of 2019 according to Wood Mackenzie’s U.S. PV Leaderboard, installations fell 33 percent in April but have stabilized in the past two weeks, Lando said. Outside the U.S., the past two months saw a 15 percent increase in installations compared to the prior year, but with wide variations depending on country-by-country severity of COVID-19 outbreaks. Hard-hit Italy fell 47 percent over the past three weeks compared to the prior year, for example, while installations in Germany, where the disease has been less widespread, rose 42 percent compared to prior-year figures.

“Generally, the sentiment in Europe and Australia is more positive than that in the U.S.,” Lando said. “However, the data [varies] significantly from country to country and among our installers.”In the first quarter, SolarEdge shipped 926 megawatts to the United States, 641 megawatts to Europe and 283 megawatts to the rest of the world.Looking ahead, Lando said the Israel-based company is “preparing for various scenarios, including a potentially slower third quarter.” While its geographic and product diversity does bode well for weathering country-by-country effects of the pandemic, “there will be an impact on business, and this is reflected in our second-quarter guidance.” CFO Ronen Faier noted the difficulty of confidently predicting second-quarter activity given the “unprecedented” effects of COVID-19. While about 70 percent of its second-quarter orders were already received as of February and the company has received additional orders since then, “we have also received requests for rescheduling and/or cancellation of orders.”Second-quarter revenue guidance now stands at $285 million to $315 million for its solar products, and from $305 million to $335 million for its broader business operations, which include energy storage from Kokam, the South Korean battery manufacturer it acquired in 2018 , as well as uninterruptible power supply company Gamatronic and Italian EV drivetrain firm SMRE .

On the residential storage side, SolarEdge began to ship its third-party-battery-compatible HD Wave energy hub inverter to North America in May, and it still expects to release a “complete solution” coupled with its own residential batteries in the second half of 2020, Lando said. Plans for a 2-gigawatt factory to expand Kokam’s output remain on track for being built and starting to manufacture in early 2022, Faier said.

SolarEdge's core solar microelectronics business helped deliver record-breaking revenues in the first quarter of 2019, even as integration costs related to the company's string of recent acquisitions weighed on its earnings.

That performance is in keeping with Enphase's steady fight against SolarEdge to regain its former prominence in U.S. residential market share, which for Enphase reached 20 percent in the third quarter, according to Wood Mackenzie’s U.S. PV Leaderboard. The Fremont, Calif.-based company hit a record gross margin of 39.2 percent in the first quarter, up from 37.1 percent in the fourth quarter and 33.3 percent in the same quarter last year. While second-quarter bookings remained strong through February, “since early March, the spread of the pandemic worldwide has resulted in significant downward pressure on worldwide demand,” said CEO Badri Kothandaraman noted in a Tuesday conference call. Enphase sold 84 percent of its inverters in the U.S. in the first quarter.

“In the U.S., we are hearing industry reports of a 30 percent to 50 percent drop in residential installations in April,” with some states including New York and California seeing even bigger declines, Kothandaraman said.

Enphase has been putting much effort into supporting its installers through its cloud-based microinverter management systems, Kothandaraman said — a move in keeping with an industrywide shift toward virtual sales and service amid stay-at-home orders.

COVID-19 restrictions forced Enphase to delay until June the launch of its Ensemble energy storage systems originally set for March, since it wasn’t able to complete testing and certification of the systems in time, Kothandaraman said. But the training of installers is ongoing at its Fremont headquarters, and “barring any further impact from COVID, we do expect to have meaningful revenue in Q2 from production shipments” of the systems.

Enphase Energy grew revenues and profitability in the first quarter of 2019, as its latest microinverter technology and expanding line of solar panel-integrated products continue to gain market share.

Enphase is hoping the quick introduction of its own battery systems will help it compete with other solar companies such as Sunrun and Tesla , which are seeing significant numbers of their residential customers adding batteries.Enphase’s longer-range plan includes linking solar inverters, batteries and home energy management controls. Its second-quarter guidance predicted revenue in the range of $115 million to $130 million, with gross margins between 37 and 40 percent.
Tags: percent, quarter, lando, company, solaredge, enphase, battery, kothandaraman, year, energy, 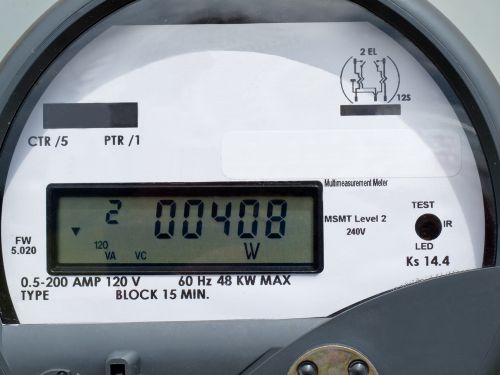 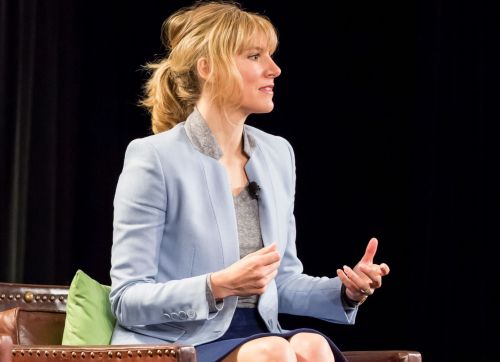 US Energy Storage Broke Records in 2018, but the Best Is Yet to Come Energy storage growth clumpy but broad in 2019, next year it triples

Bloom Energy Optimistic as It Doubles Fuel Cell Revenue in 2018