Is this the day that solar and wind changed the W.A. grid forever?

The Australian Energy Market Operator has been fretting about the increase in the penetration of rooftop solar for some time now, and perhaps most of all in Western Australia, one of the world’s biggest “stand alone” grids, where the solar uptake is accelerating rapidly.

The state now has more than 1GW of rooftop solar on its main grid, which is located in the south-west corner of the state, and which is known as the South West Interconnected System (SWIS).

AEMO noted that seven new solar farms totalling 700MW capacity commenced generation in the fourth quarter, with half of this in Queensland, just over one quarter in Victoria and 20 per cent in South Australia (mostly the Bungala solar farm).

That makes rooftop solar the biggest source of electricity by capacity, and the uptake is growing at 35 per cent a year, according to AEMO.

It also has a growing amount of large-scale wind and solar capacity, as construction resumes following a three-year hiatus engineered by the previous Coalition government, and reforms are made that will facilitate access for renewables to the grid.

The isolated nature of the SWIS, both in its physical characteristics and some say in the culture of many in the industry, makes W.A. a fascinating case study.

And rooftop solar is particularly attractive because the west gets gets a lot of sun, and because consumers are finally being asked to pay the true cost of the fossil-fuel based grid, which was hugely subsidised by the government that has decided it can no longer foot the $500 million a year cost of making the electricity bills appear slightly more palatable.

But that rapid switch to rooftop solar is creating a very big “duck” curve that the grid operator is having to learn how to manage, as are others around the world where solar is a growing share of production.

Too much solar? Too much for whom, exactly?

In terms of rooftop solar, according to the Australian Energy Market Operator these solar systems are projected to generate 13,419 gigawatt-hours of electricity in 2020-21. 2017-18 National Electricity Market generation by time of day and fuel type after superimposing 2021 levels of solar capacity

The duck curve relates to the fall in demand in the middle of the day – driven by the uptake of rooftop solar – and the “ramping” needed to catch up with grid demand as it rises quickly as the sun sets in late afternoon, early evening. The operator says that on October 18 last year, it was forced, for the first time, to call in “backup load following ancillary services” – broadly the equivalent of the directions that AEMO has grown accustomed to issuing in South Australia and more recently Victoria.

The operator said this was the result of volatile wind output, which delivered swings of up to 50MW in short time periods during the morning, compounded by variations of up to 100MW in the output from rooftop solar in the late morning as cloud cover moving across the south-west corner and Perth in particular. AEMO says it was justified because – as the arrow is pointing to in the above graph – a band of clouds around 1pm reduced solar PV output and caused a 300MW increase in demand, and its passing caused a 250MW reduction in demand in the next time interval (1.30pm). Look, no batteries! How “flexible” solar can help the grid, without storage

AEMO says the increasing level of penetration of rooftop PV and other renewable generation is going to increase the amount of volatility experienced on the power system going forward, and the number of directions.

AEMO boss Audrey Zibelman addressed this issue at a symposium at UNSW this week, when she said that in Western Australia there is sometimes “too much rooftop solar that is not managed”, causing voltage to drop at a distribution level, and leading to curtailment of rooftop solar output.

“We have to start introducing the solutions now to make sure it works – otherwise we will be in the unenviable position of saying we can’t do any more,” Zibelman said.

Those solutions include a shift to “orchestration”, which will allow networks owners and grid operators to use smart inverters to help manage distributed solar output. Battery storage, demand management and aggregated systems through smart controls of devices such as pool pumps could also do the trick.

“We want to be able to use all these investment, in a way to provide a private benefit and a public benefit and integrate then into the system,” Zibelman said. “It’s important for markets to be able to reward people to do that so that they are getting payments for the service. We have to get cracking.” Rooftop solar could supply 15% of Australian demand by 2023

Giles Parkinson is founder and editor of Renew Economy, and is also the founder of One Step Off The Grid and founder/editor of The Driven . Giles has been a journalist for 35 years and is a former business and deputy editor of the Australian Financial Review. Are solar panels a middle-class purchase? This survey says yes 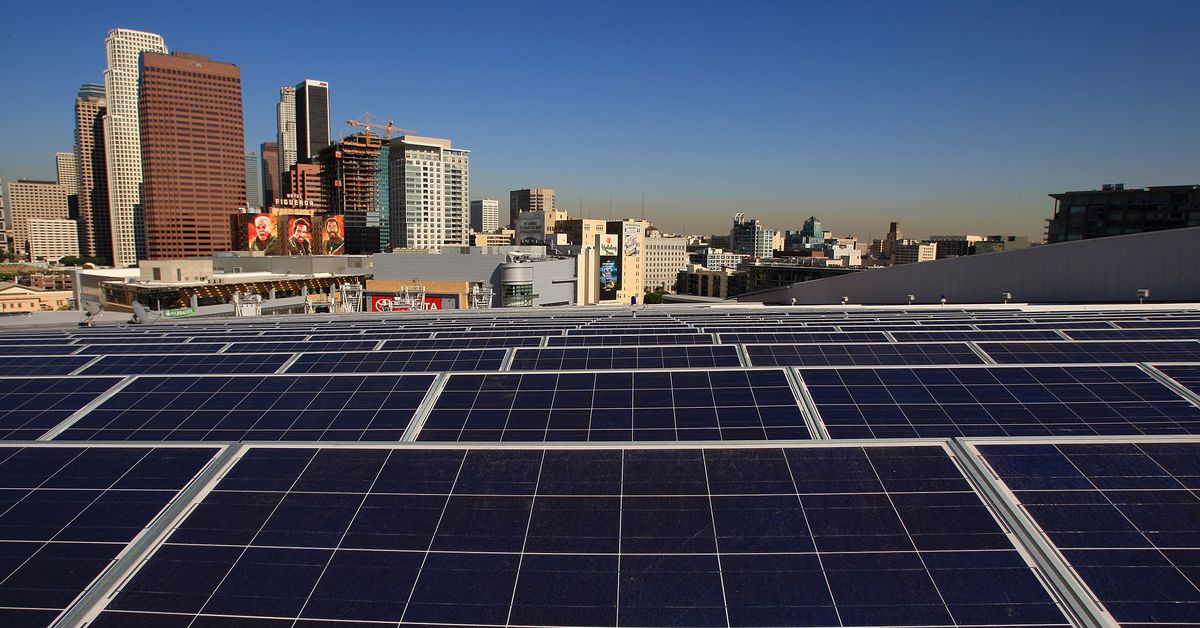 California will require solar panels on all new homes. That’s not necessarily a good thing. Blaming renewables for reliability issues is “wrong and dangerous”