Continuing our popular series of “graph of the day” articles showing the maps of existing generation in the five main states within the National Electricity Market, today we show Victoria, again courtesy of the AER’s annual State of the Energy Market report.

This month, for the first time ever, the renewable energy sector (hydro, biomass, wind, solar and geothermal) is projected to generate more electricity than coal-fired plants, which totals about 240 gigawatts (GW) of still-operating capacity.

The brown dots are the brown coal generators that have dominated the state’s grid for decades, hydro – mostly in the mountainous north east – is reflected in blue; solar (mostly in the north west) is in yellow and wind (mostly south west) is green. Each of these technologies appears to have its distinct territory!

The two purple dots are grid scale battery storage, while gas in in grey.

You can find the other states here: South Australia, Queensland and NSW. And as advised, we are working on our interactive maps for both existing generation and that in the pipeline. 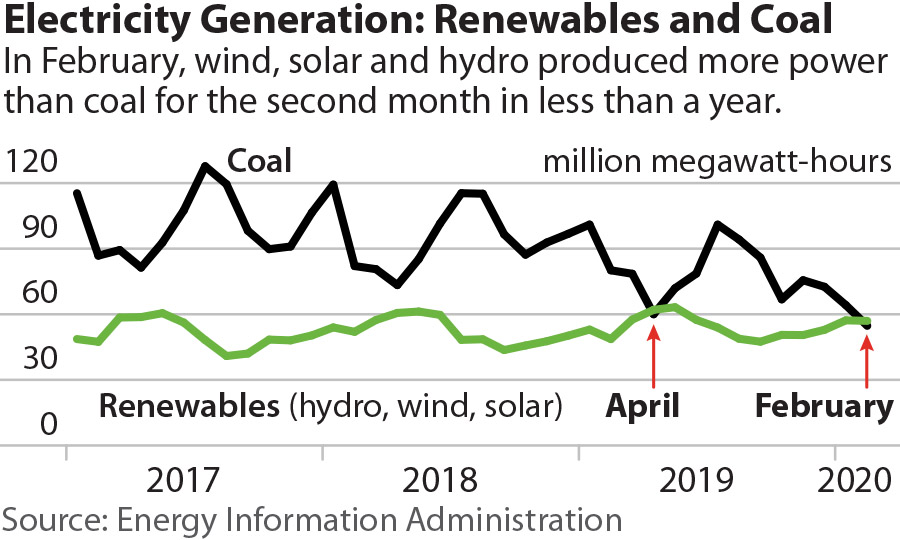 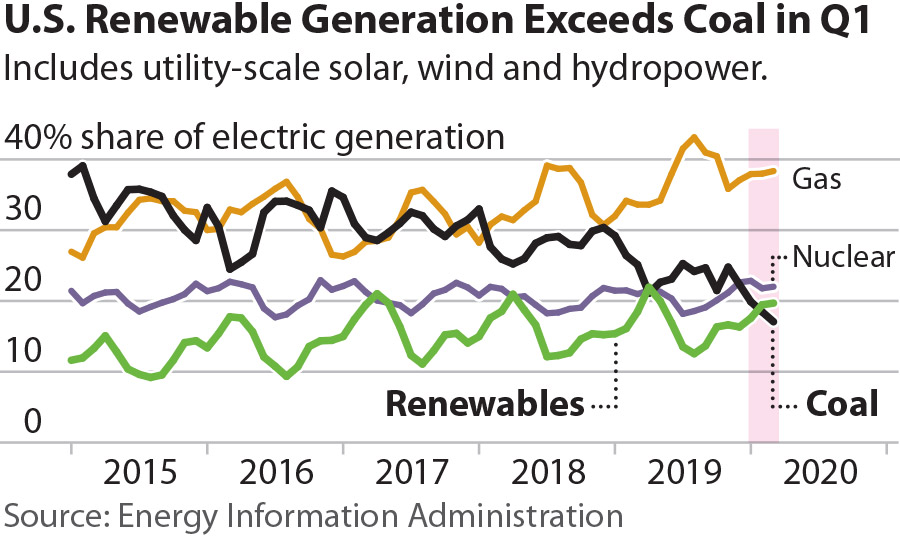 Wind and solar soared above coal in 2018, Woodmac data shows

Four states account for more than half of U.S. wind electricity generation How did wind and solar perform in the recent heat-wave? Know your NEM: Wholesale prices will be higher for longer Why Flexible Gas Generation Must Be Part of Deep Decarbonization

Surviving the Polar Vortex: A Look at How the Electricity System Fared