Perovskites with their crystal structures and promising electro-optical properties could be the active ingredient that makes the next generation of low-cost, efficient, lightweight and flexible solar cells.

A problem with the current generation of silicon solar cells is their relatively low efficiency at converting solar energy into electricity, said Vikram Dalal, an Iowa State University Anson Marston Distinguished Professor in Engineering, the Thomas M. Whitney Professor in Electrical and Computer Engineering and the director of Iowa State's Microelectronics Research Center.

The device is what’s known as a six-junction III-V solar cell, meaning it’s made up of six different types of photoactive layer.In a separate study, researchers from Helmholtz Zentrum Berlin (HZB) broke a different efficiency record, this time for a new type of tandem solar cell.

The best silicon solar cells in the laboratory are about 26% efficient while commercial cells are about 15%. That means bigger systems are necessary to produce a given amount of electricity, and bigger systems mean higher costs.

That has researchers looking for new ways to raise efficiency and decrease costs. One idea that could boost efficiency by as much as 50% is a tandem structure that stacks two kinds of cells on top of each other, each using different, complementary parts of the solar spectrum to produce power.

Researchers have recently started looking at hybrid organic-inorganic perovskite materials as a good tandem partner for silicon cells. Perovskite calls have efficiency rates nearing 25%, have a complementary bandgap, can be very thin (just a millionth of meter), and can easily be deposited on silicon.

But Dalal said researchers have learned those hybrid perovskite solar cells break down when exposed to high temperatures. That's a problem when you try to put solar arrays where the sunshine is—hot, dry deserts in places such as the American southwest, Australia, the Middle East and India. Ambient temperatures in such places can hit the 120 to 130 degrees Fahrenheit and solar cell temperatures can hit 200 degrees Fahrenheit. Iowa State University engineers, in a project partially supported by the National Science Foundation, have found a way to take advantage of perovskite's useful properties while stabilizing the cells at high temperatures. They describe their discovery in a paper recently published online by the scientific journal American Chemical Society Applied Energy Materials.

While We've Been in Lockdown, Solar Cell Technology Has Smashed Three Big Records

"These are promising results in pursuit of the commercialization of perovskite solar cell materials and a cleaner, greener future," said Harshavardhan Gaonkar, the paper's first author who recently earned his doctorate in electrical and computer engineering from Iowa State and is now working in Boise, Idaho, as an engineer for ON Semiconductor.

Dalal, the corresponding author of the paper, said there are two key developments in the new solar cell technology:

First, he said the engineers made some tweaks to the makeup of the perovskite material.

They did away with organic components in the material—particularly cations, materials with extra protons and a positive charge—and substituted inorganic materials such as cesium. That made the material stable at higher temperatures.

And second, they developed a fabrication technique that builds the perovskite material one thin layer—just a few billionths of a meter—at a time. This vapor deposition technique is consistent, leaves no contaminants, and is already used in other industries so it can be scaled up for commercial production.

To provide insight on the future impacts of electricity efficiency programs funded by utility customers, Lawrence Berkeley National Laboratory did a bottom-up assessment of likely futures for spending and savings in all U.S. states.

The result of those changes?

"Our perovskite solar cells show no thermal degradation even at 200 degrees Celsius (390 degrees Fahrenheit) for over three days, temperatures far more than what the solar cell would have to endure in real-world environments," Gaonkar said.

And then Dalal did a little comparing and contrasting: "That's far better than the organic-inorganic perovskite cells, which would have decomposed totally at this temperature. So this is a major advance in the field."

The paper reports the new inorganic perovskite solar cells have a photoconversion efficiency of 11.8%. That means there's more work ahead for the engineers.

"We are now trying to optimize this cell—we want to make it more efficient at converting solar energy into electricity," Dalal said. "We still have a lot of research to do, but we think we can get there by using new combinations of materials."

The engineers, for example, replaced the iodine common in perovskite materials with bromine. That made the cells much less sensitive to moisture, solving another problem with standard hybrid perovskites. But, that substitution changed the cells' properties, reducing efficiency and how well they work in tandem with silicon cells.

And so the tweaks and trials will continue.

As they move ahead, the engineers believe they're on a proven path: "This study demonstrates a more robust thermal stability of inorganic perovskite materials and solar cells at higher temperatures and over extended periods of time than reported elsewhere," they wrote in their paper. "(These are) promising results in pursuit of the commercialization of perovskite solar cell materials."

Australian researchers have developed a new method of using light to detect imperfections materials, that is set to help improve performance and quality of the next-generation solar cells.

New record could usher in new era for solar energy 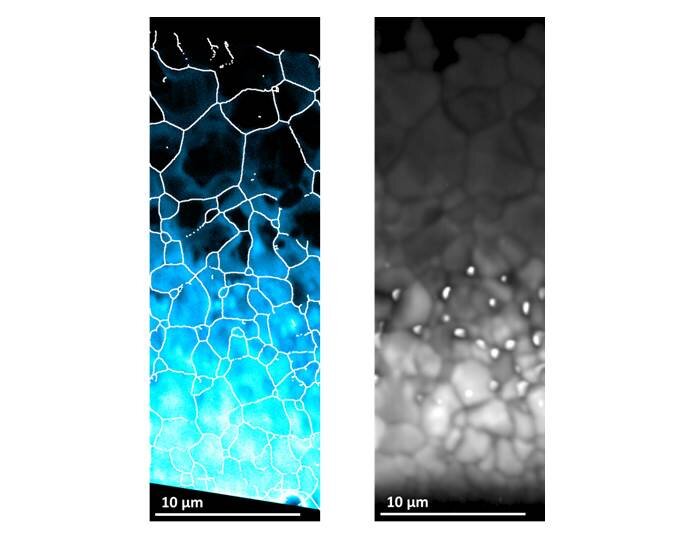 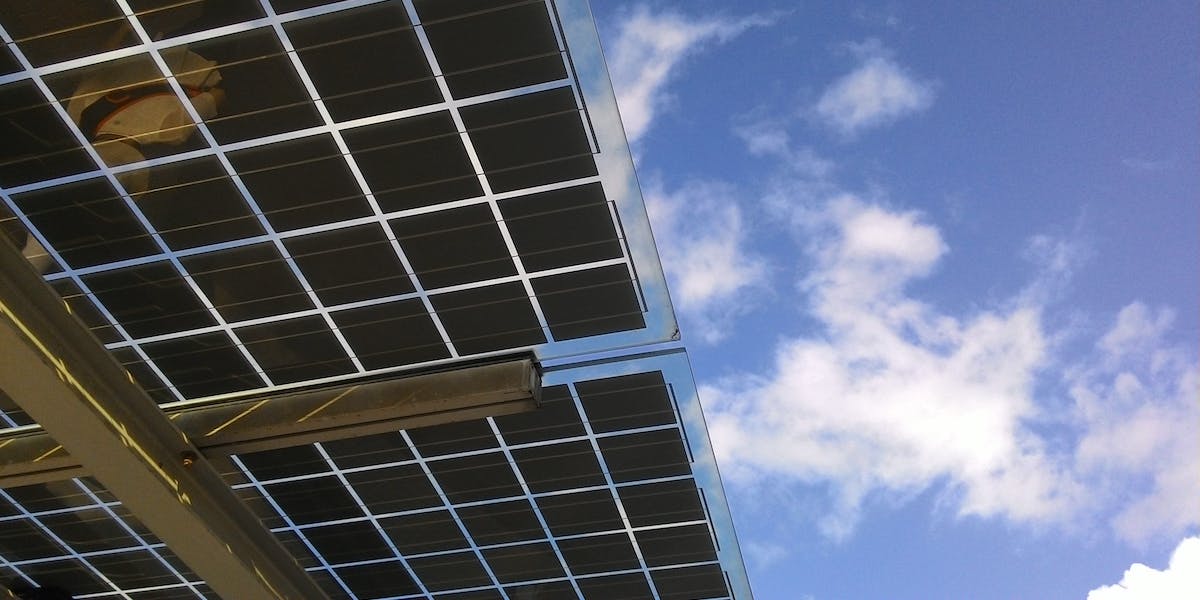 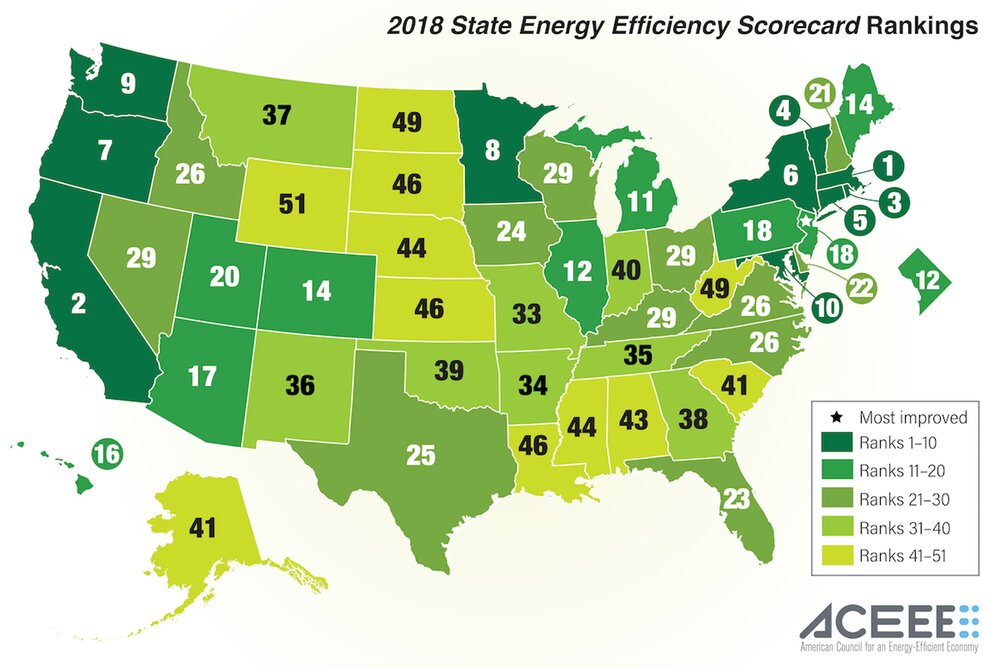 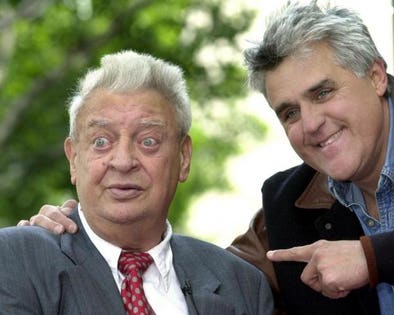 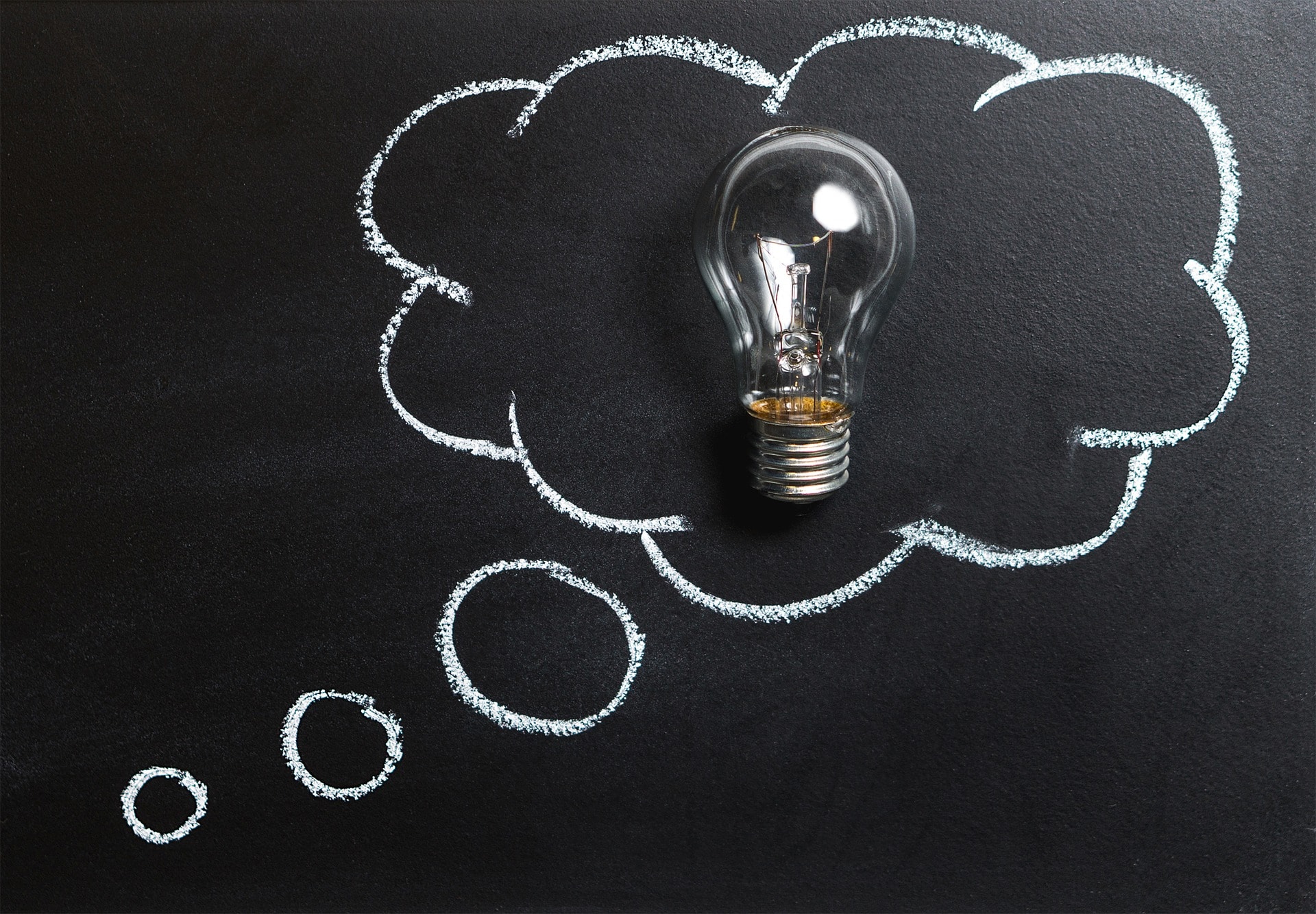 How energy efficiency can upgrade Canada for the future 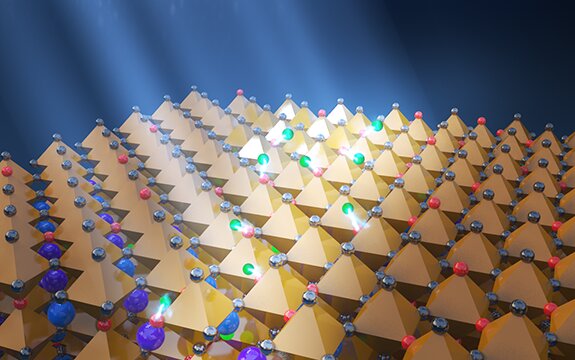 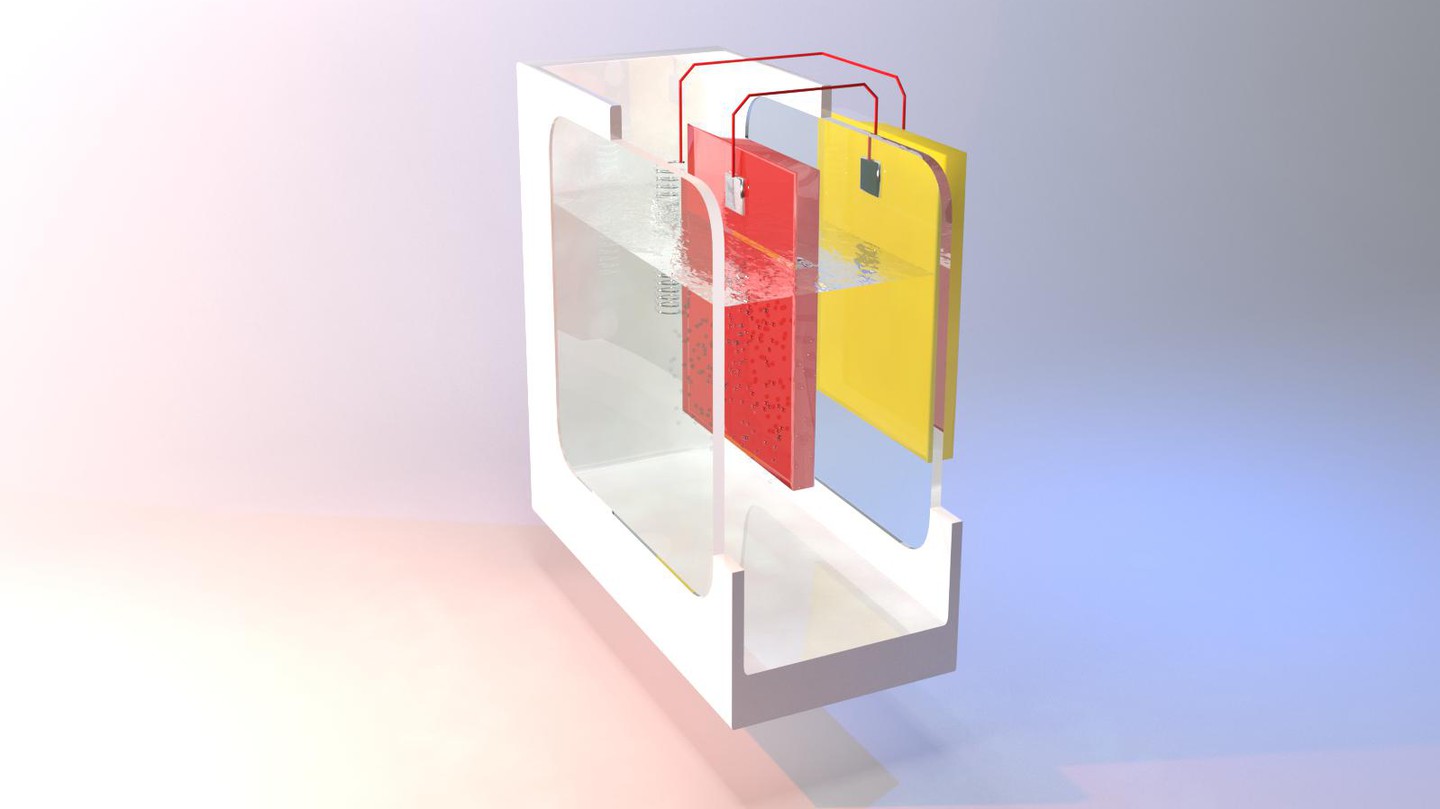 Scientists see global PV rocketing to 10 terawatts by 2030, for starters 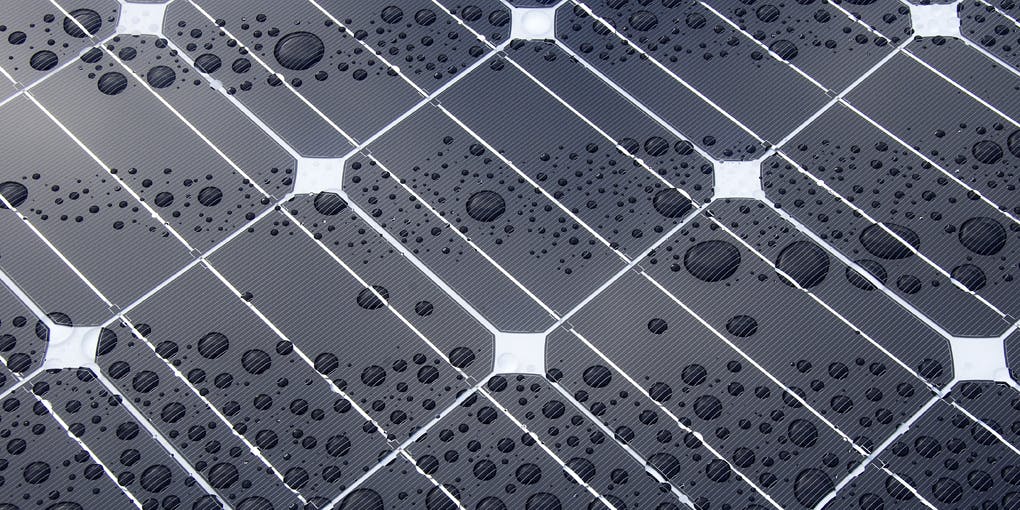 A Key Solar Panel Defect Has Been Solved, and That May Mean Big Price Drops