Saturday marked the one-year anniversary of the passage of perhaps the most ambitious law ever adopted by a U.S. city to reduce planet-warming emissions from buildings.Local Law 97, one of 10 bills in the sweeping Climate Mobilization Act , requires New York City’s 50,000 largest buildings to reduce their carbon emissions by 40 percent by 2030 and by 80 percent by 2050. Owners of noncompliant buildings face the prospect of multimillion-dollar annual fines beginning in 2024.When the legislation passed, progressives on the New York City Council called the package of bills “the largest single carbon-reduction effort that any city, anywhere, has ever put forward.” With New York sheltering in place and the city’s office buildings largely empty of workers, electricity demand in New York City has declined by as much as 18 percent compared to typical levels. When life returns to some semblance of normal and electricity demand rebounds, the first emissions compliance deadline still looms for New York City’s building owners.Greentech Media recently checked in with some key members of New York City’s buildings community to get an update on the implementation of Local Law 97 and how building owners are preparing to comply with the law.

New York City is on the verge of enacting one of the most ambitious citywide building energy efficiency laws in the country, aimed at getting its biggest buildings — including landmarks like the Empire State Buidling and Trump Tower — to shave their carbon emissions footprint by 40 percent by 2030 or face financial penalties.

Local Law 97 is not New York City’s first attempt to tackle emissions from buildings, which are responsible for nearly 70 percent of the city’s greenhouse gas emissions.2009's Greener, Greater Buildings Plan included requirements for energy-use data reporting, regular energy audits and retro-commissioning, and lighting upgrades. But the impact has been modest.Researchers at NYU’s Marron Institute recently published a review of 2011 to 2016 data for 4,000 buildings finding that the city’s mandatory energy audits resulted in energy use reductions of 2.5 percent for multifamily residential buildings and 4.9 percent for office buildings.

“Mandatory audits, by themselves, create an insufficient incentive to invest in energy efficiency at the scale needed to meet citywide carbon-reduction goals,” wrote the co-authors.

In an interview with Greentech Media, John Mandyck, CEO of the nonprofit Urban Green Council, agreed. “The energy audits were meant to raise awareness and draw attention to the opportunities for energy efficiency. They weren’t by design a mandate to do upgrades.”The building provisions in the Climate Mobilization Act of 2019 are much more aggressive. Under Local Law 97, buildings larger than 25,000 square feet are required to meet emissions caps beginning in 2024. The 50,000 covered buildings — out of 1 million total buildings in New York City — account for about 60 percent of both the city’s floor area and building emissions.

Rent-controlled units, affordable housing and houses of worship are sent down a separate compliance path with a required list of some 60 prescriptive measures such as LED lighting, control valves for radiators and leak sealing.

Twenty percent of buildings subject to the emissions cap may be out of compliance in 2024, and up to 75 percent when the cap tightens in 2030.

“The policy intention is the worst-emitting 20 percent of the buildings have to act first,” said Mandyck.

Cap and trade for buildings?

Among the measures building owners can embrace to stay under the emissions caps are energy retrofits, procurement of renewable power, and, if approved by policymakers, carbon trading. Local Law 97 required that a study be completed by January 2021 on how a cap-and-trade program for buildings could work in New York City.

“Cap and trade is not new, but as a policy tool for cities and addressing the emissions of buildings, it is quite revolutionary, and one we think can unlock carbon reductions in a way we haven’t been able to get at in large urban centers,” said Mandyck.

Tokyo launched the world’s first cap-and-trade program for buildings in 2010.Urban Green Council, which pushed for the inclusion of the carbon trading study in Local Law 97, launched an initiative in May 2019 with representatives from New York City, Hong Kong, London, Singapore and Toronto to evaluate how carbon trading for buildings could work in each jurisdiction.

The Tokyo case study is illustrative, Mandyck said, but New York City’s envisioned system is of an entirely different scale. Tokyo’s program encompasses around 1,000 buildings, compared to 50,000 in New York. Only about 30 trades have been completed to date in Tokyo.

New York City lawmakers will ultimately decide the fate of any cap-and-trade system.

“Presuming there is a positive determination that carbon-trading can and should work in New York, it will then require legislation by our city council to actually enact the measure,” said Mandyck.

Unsurprisingly, building owners haven’t universally embraced Local Law 97. Some were displeased about the classes of buildings exempted from the emissions cap. And then there are the looming financial penalties.

Building owners face fines of $268 per ton of emissions above their designated cap beginning in 2024. Fines could reach as high as $5 million annually for individual buildings.

“You can say, ‘OK, well, that’s fine. They choose not to comply. They have to pay a big fine,” said Mandyck. “Building owners can pay fines, but that doesn’t get us the carbon reduction that we need.”

Even some LEED Platinum-rated buildings will have a hard time complying with the law. A building can be highly energy-efficient but still consume a lot of energy if it happens to host a data center or trading floor. That reality complicates the picture for any potential carbon-cap system.

“A carbon cap is a simple policy tool, but it is a blunt policy instrument, in the sense that it is blind to what’s happening inside the building. You want more density, not less density,” said Mandyck. 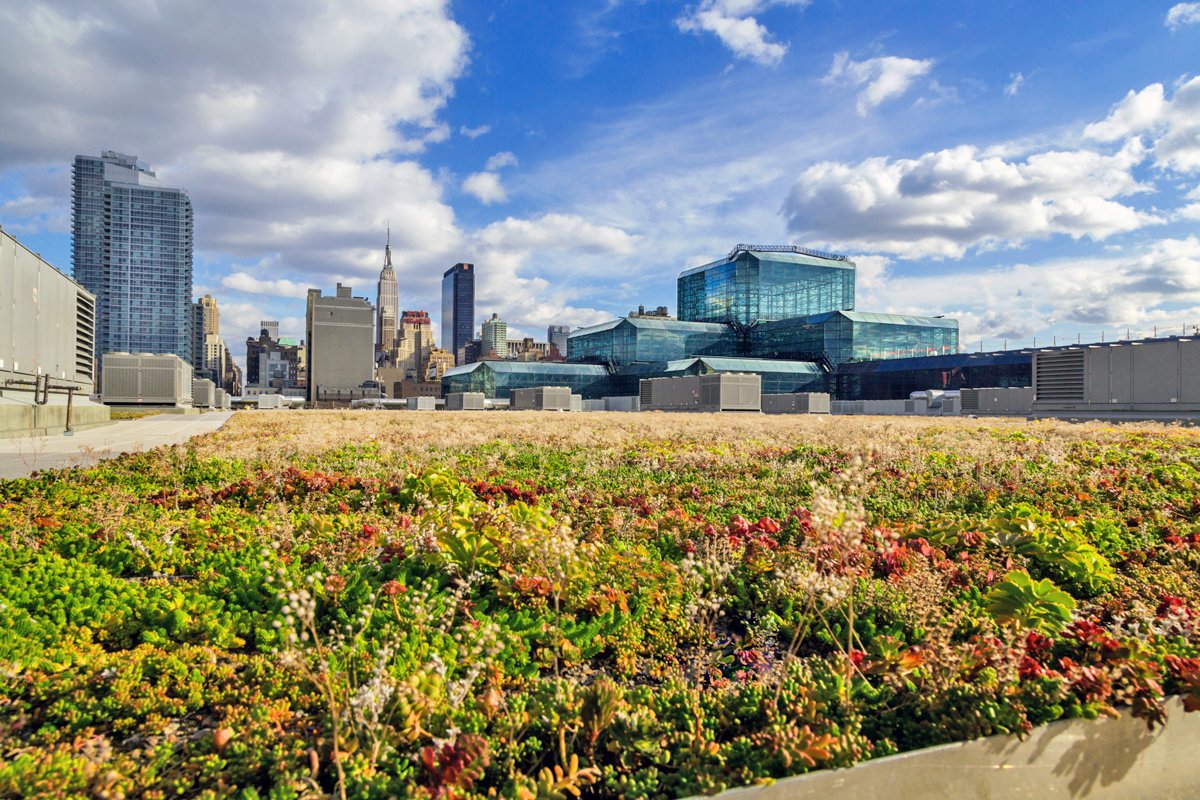 Building owners can avoid fines and stay under their emissions caps by investing in energy efficiency and clean energy. The Climate Mobilization Act included a provision authorizing the establishment of property-assessed clean energy (PACE) financing in New York City.Building owners can use PACE financing to avoid the upfront costs to install energy-saving equipment or onsite renewable energy. Loans are paid back over the life of the equipment, usually 20 years or more, via a line item on the building’s property tax bill. The repayment obligation is tied to the building, not the owner.

“PACE is a big element in the financing puzzle,” said Mandyck. “There’s a big appetite to learn more about it and how it can work. It is a unique and lower-cost financing mechanism to finance these upgrades, with the added benefit that the loans and financing stays with the building.”

But the coronavirus outbreak may slow the rollout of PACE financing. The nonprofit New York City Energy Efficiency Corporation (NYCEEC), which administers the commercial PACE program, had planned to begin accepting PACE loan applications in early 2020. “This process has been delayed for a variety of reasons, but most recently because of the COVID-19 crisis,” NYCEEC co-CEO Fred Lee told GTM in an email. The city must still issue draft rules for public comment before the PACE program rules can be finalized.

An analysis published by Urban Green Council in June 2019 found that if all 50,000 covered buildings opted for efficiency upgrades to meet the carbon caps, it would create an energy retrofit market opportunity as large as $24.3 billion in New York City through 2030.

In an interview, Richard Yancey, executive director of the nonprofit Building Energy Exchange, said closure of a loophole in the state code that had enabled partial renovations to avoid compliance with the energy code should raise the floor on energy performance. “Building owners are seeing dramatic savings from tenant retrofits — upward of 30 percent energy savings,” Yancey said. “Just by bringing those tenant spaces up to current code, and maybe even going a little further, they are seeing some pretty dramatic energy savings to their overall buildings.”Because such a large share of New York City's greenhouse gas emissions come from space and water heating systems that run on fossil fuels — more than 40 percent, according to Urban Green Council — replacing oil- and gas-burning boilers and furnaces with electric heat pumps would help building owners meet their carbon targets.

We’ll have a conversation with Paul Kuehn of Centrica Business Solutions and Aaron Miller, a partner at Gotham 360, about how the details may play out for New York City's Green New Deal.

The challenge of bringing renewable power into NYC

More difficult, at least for now, is the option to procure enough renewable electricity to offset a building’s emissions. Local Law 97 allows building owners to meet up to 100 percent of their compliance obligations by buying renewable power. But that electricity must feed directly into the New York City grid.

If policymakers decide to establish a cap-and-trade program, buildings with emissions below their cap will be able to sell credits to their peers, creating a revenue stream that could be invested in additional energy-saving or clean energy projects.

Work at NYC’s Department of Buildings to implement Local Law 97 is ongoing.A Climate Advisory Board met for the first time in December 2019. On April 9, the department announced eight new working groups, comprising experts in areas such as building technologies, carbon accounting, economics and communications, will meet for the first time in May. The advisory bodies are to deliver recommendations to the mayor and city council by January 1, 2023.

One year after the passage of Local Law 97, there is still much work to be done to engage and educate building owners.

“There’s a broad group of people who, quite frankly, still don’t really know what this is,” said Yancey. “A lot of the real estate community — not all of them, but quite a few of them — don’t do long-term planning.”

Organizations like Building Energy Exchange and NYC Retrofit Accelerator are educating building professionals on Climate Mobilization Act compliance and how to make their buildings more energy-efficient.

The mayor’s office recently committed more than $30 million to ensure that NYC Retrofit Accelerator can provide free technical assistance to any building larger than 25,000 square feet. “As more of these projects are done, they’ll become less expensive for more people to do it,” said Yancey.

“Equipment will become less expensive and more available, and expertise will start to get assimilated by the workforce. I remain optimistic we’ll be able to meet these goals and move this all forward.” 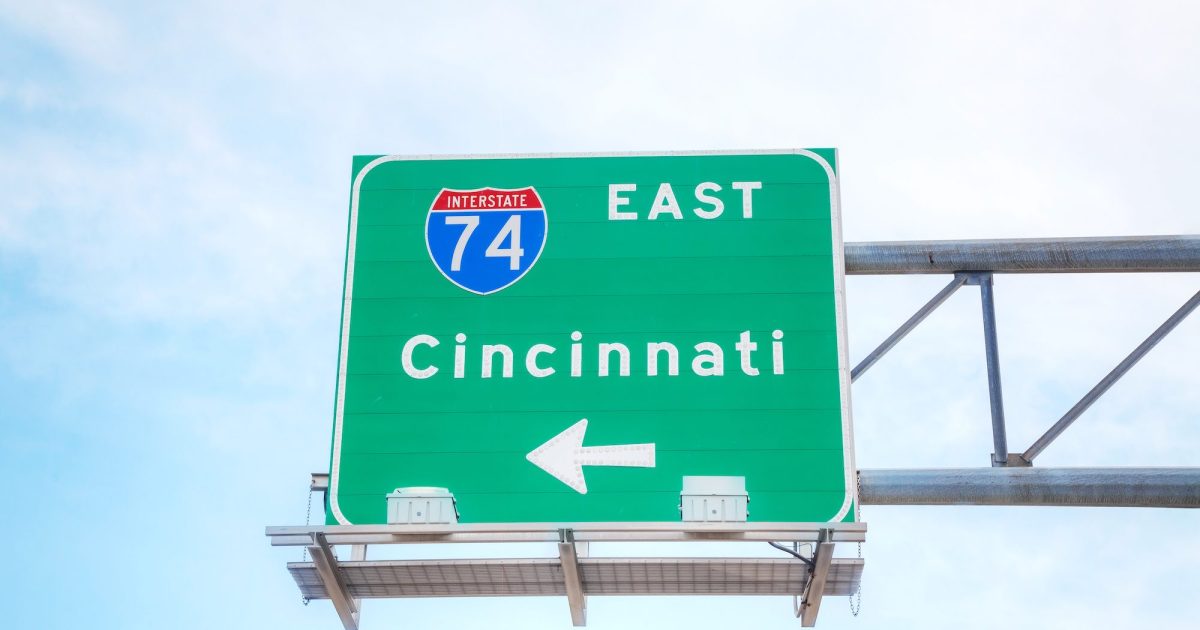 The Biggest Municipal Solar Farm in the US Is Coming to…Cincinnati?

The Key to Unlocking 100% Renewables 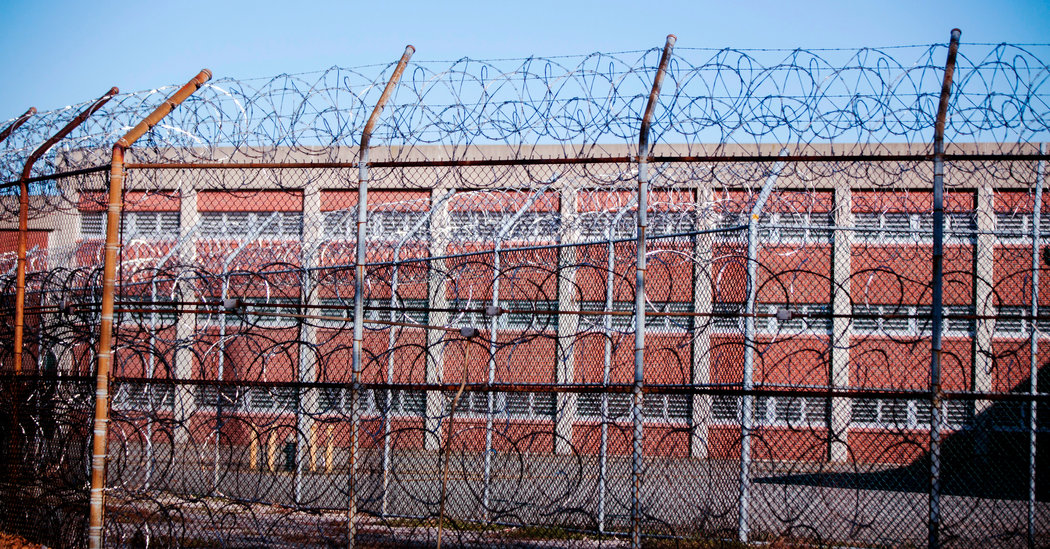 Available: A 415-Acre Island With Manhattan Views. What to Build?

Europe’s Plan for Districts That Produce Energy, Rather Than Using It 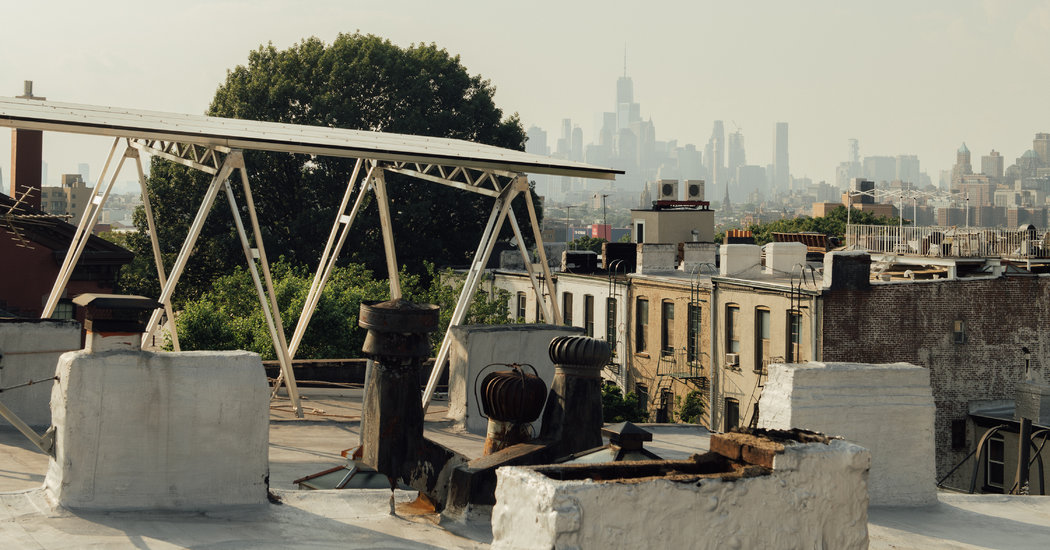 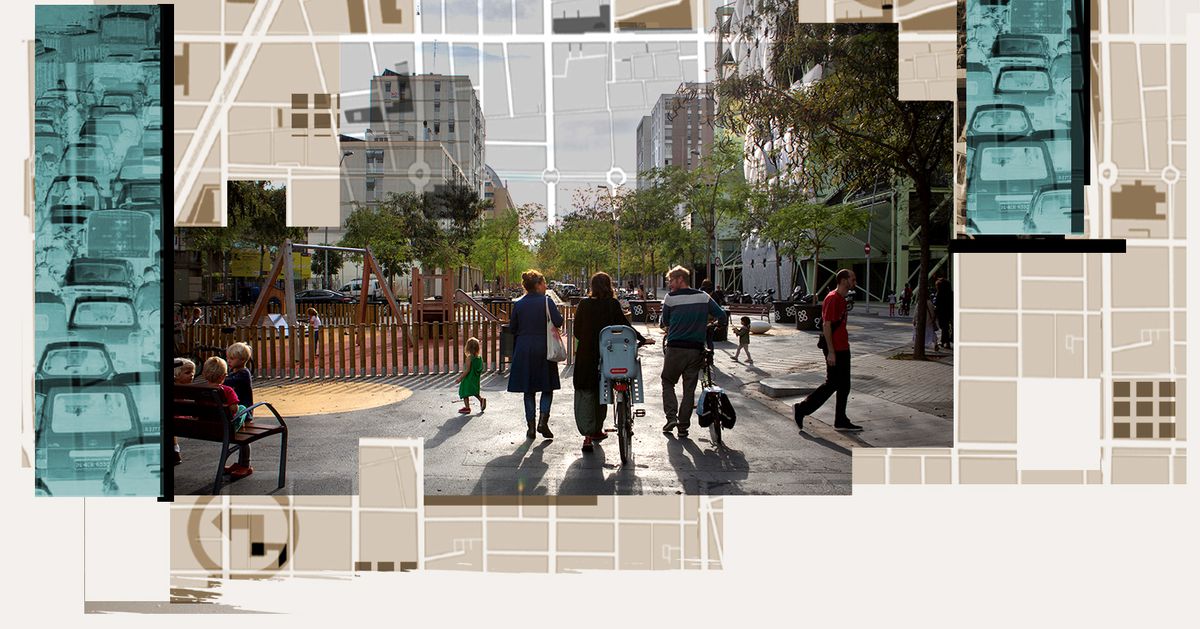 Cars dominate cities today. Barcelona has set out to change that. 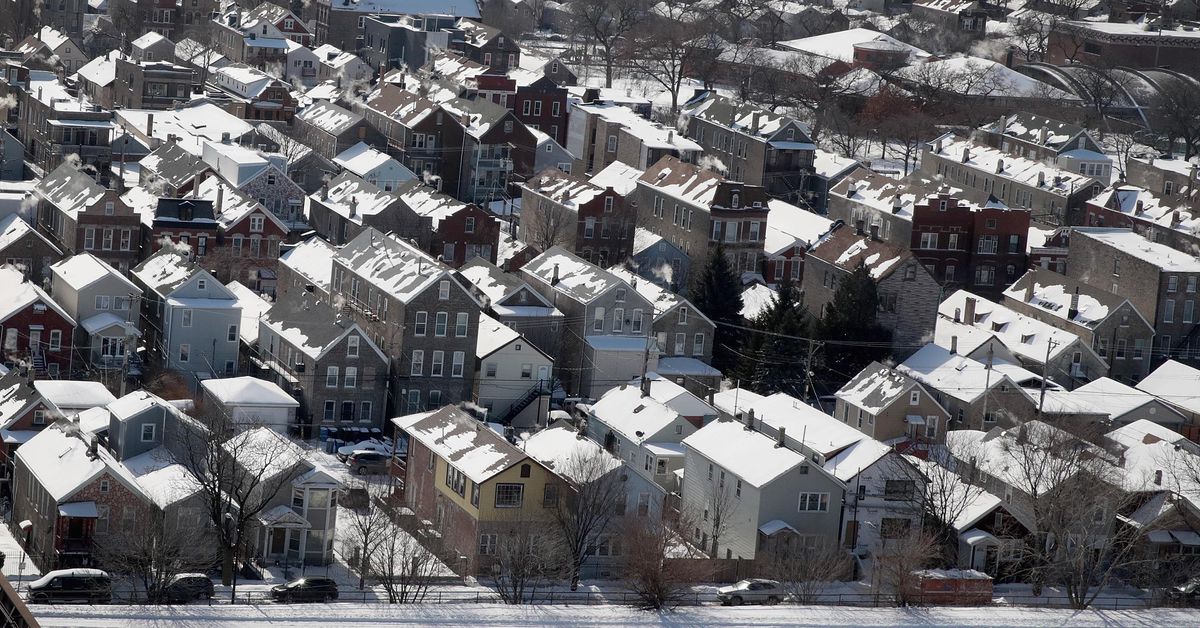 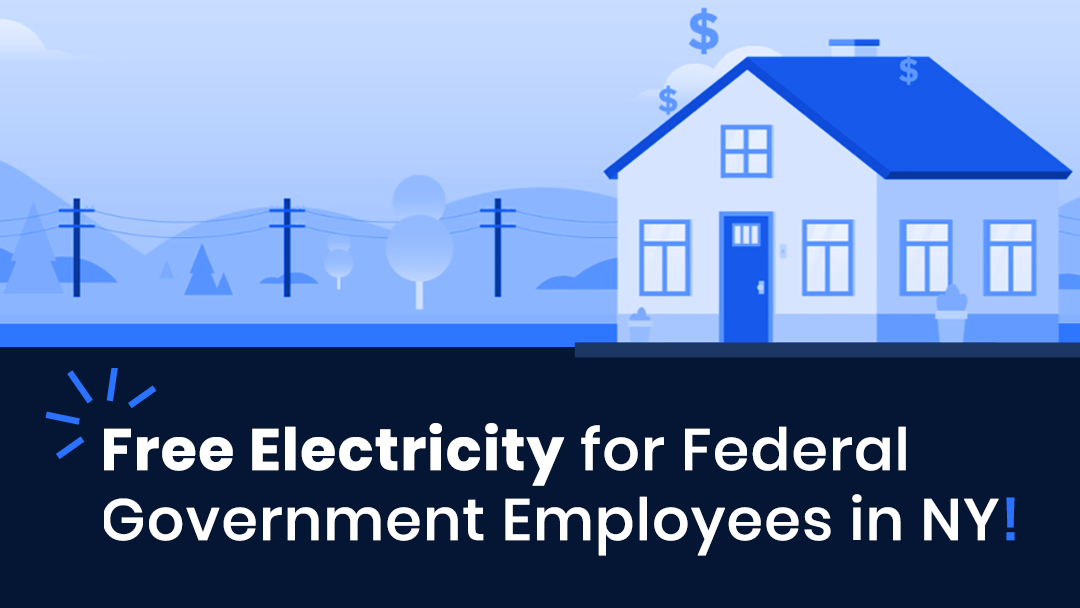 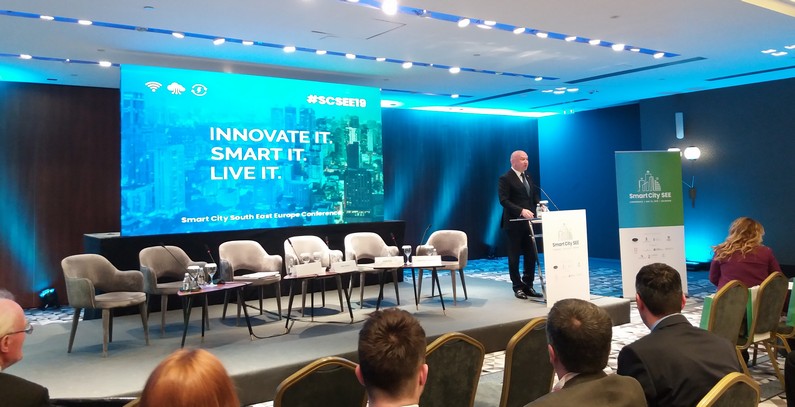 How Los Angeles could create the largest “virtual power plant” in the U.S.